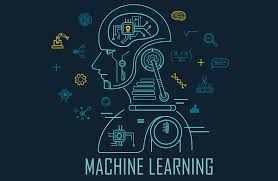 Over the past 20 years, many applications have been found in the medical profession for early detection of breast cancer such as mammography which is often used for breast cancer diagnosis.

However, the potential side effects of using mammography and the rate of false positives discourages patients and physicians to use this method. Moreover, mammography has some limitations such as the difficulty of detecting tumors in young patients or cancers without masses, such as Paget’s carcinoma. Since the young breast is mainly composed of glandular tissue, which makes it denser, this high density of the breast interferes in the identification of masses and micro-calcifications by X-rays.

Infrared thermography (IRT) is another technique that has been used in combination with other screening techniques in the aid of breast cancer detection. This method is:

The database used contains data from 70 patients with or without breast tumor. These images were collected in a five-month period. The images were captured with a mid-wave infrared camera.

(Images, from each patient, were acquired in four different poses:

For the analyzes performed in this work, only the frontal images with the raised arms were considered since the images in the other positions were not standardized.

The patients were classified into three groups

The patients were only submitted to the necessary examinations so that the specialist doctor had the conclusive and final diagnosis.

Experiments were performed with three different input images. For the first one no spatial filter was applied in the images. In the second the median filter was applied while in the third a Gaussian filter with σ=2 was applied. Based on the features presented in Section 2, seven different feature combination were tested. The choice of these combinations was made based on what was presented in [3,7,8]. Feature combination are going to be presented in details in the extended version of the paper: Gonçalves, C.B; Leles, A.C.Q.; Oliveira, L.E.; Guimaraes, G.; Cunha, J.R.; Fernandes, H. Machine Learning and Infrared Thermography for Breast Cancer Detection. Proceedings 2019, 27, 45.

The best result obtained with the ANN was achieved with 15 neurons in the hidden layer, considering the feature combination number. This setup had an accuracy of 76.19%, a normal specificity of 57.1%, a benign specificity of 83.3%, and a malignant sensitivity of87.5%.

For the SVM, the best result was also achieved by using the feature combination number 5. This setup had an accuracy of 80.95%, a normal specificity of 83.33%, a benign specificity of 85.71%, and a malignant sensitivity of 75%.

The use of infrared images for the detection of breast cancer is a promising screening technique which can aid in the diagnostic of the disease since it is a pain-free technique, can identify changes in dense breasts (which is hard for the conventional mammography), there is no harmful radiation, can identify early changes, and has a low cost.

AI Talos is an AI-powered software reinventing how thermographers all around the world can detect breast cancer using deep learning and thermal imaging methods, for more information please visit our website at www.aitalos.com or have a look at our LinkedIn public page at:   https://www.linkedin.com/company/ai-talos

Published: January 9, 2021 Author: content Category: AI Clinical, Artificial Intelligence, IRT, machine learning, Thermography
Previous: Breast Cancer Detection Using Infrared Thermal Imaging and a Deep Learning Model
Next: AI Talos Thermography System
We use cookies on our website to give you the most relevant experience by remembering your preferences and repeat visits. By clicking “Accept”, you consent to the use of ALL the cookies.
Cookie settingsACCEPT
Manage consent